Among the first Serbs, trained doctors, who arrived from Vienna was Dr. Jovan Stejić (1803-1853). Dr Jovan Stejić the first Serb, trained doctor, who after graduation came to work in a restored Serbia. He was a doctor of Knez Milos, founder of the Serbian Civil Medical Corps, one of the founders of the Society of Serbian Letters (later SASA), and the author of many scientific and literary works and publications. Upon his arrival organized civil health service in Serbia started to work. Given that the doctors at the time were the most educated intellectuals, in addition to medical messages that bore their literary work, stood out and educational role for young generations. He managed to bring to Serbia modern and progressive ideas modeled on the health of the country in which he studied. As his role model were Kant's ideas, he preached morality, modesty, diligence and sense of duty. He stated that the basis of all is education. Dr Jovan Stejić is remembered as the founder of the medical profession in Serbia. In many respects the first, his literary work tried to show the basics of moral values ​​and the clear and undisputed clear conscience and thus laid the foundation of medical ethics. He is the author of the first Anthropology in Serbian language, and left to Serbian medical bibliography two volumes of Makroviotike or science of human life extension. He had personality of gorgeous quality, pointed to a variety of cultural, health and social work, as a physician and writer, scientist and educator, sworn and very critical of religion.

Educational understanding in the culture of the European world started in France in the mid eighteenth century, thanks to Voltaire. His first and enthusiastic supporter in Serbia was the physician Dr. Jovan Stejić.

Jovan Stejić (1803, Arad, Romania, picture number 1), was a prominent Serbian doctor and writer [1], who in terms of the first half of the XIX century, in which he worked, piloted in several areas of medical science, was ahead of his time and tried to reform the Serbian language. 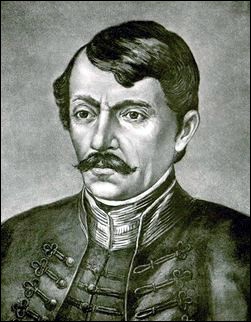 First Serbian medical doctor, who came from the Habsburg monarchy to work in a restored Serbia. [2] He completed primary education in Arad and after receiving a scholarship, he continued education in Szeged, where he finished secondary school and began to study philosophy. He went to School of Medicine in Budapest and received his PhD in medicine in Vienna in 1829. [3]

In XIX century Serbia lacked well-educated people. In 1828 he was given a schoolarship from master Jevrem Obrenović to get him to start working in the service of Šabac, at the end of medical school in 1829. From 1830 to 1832 he went to Kragujevac after he was asked to be a personal physician to Prince Miloš and educator of his sons Milan and Mihajlo. Prince Miloš appreciated Dr Stejić not only as a doctor but also as adviser and demanded his unconditional presence. [5]

The first printed book in the first Serbian printing house in Belgrade was his book Parliament of vanity and Science in 1831. [5]  Тogether with Dr. Karl Pacheco Dr. Stejic is one of the founders of the Serbian civil medical unit and publisher of the first medical file (Lessons to treat Cholera) in Serbia. [2] However, in 1832 there was a big conflict. One of the reasons is that he did not allow the Prince to review the manuscript of his book Parliament of vanity and Science before printing in the newly opened State Printing when the print was already ready. That is why the Prince suspended the printing, since it was not previously approved. The book is dedicated to the patient of Dr. Stejić, who is  Miloš's son Milan. In the book, among other things, he critically wrote about natural rights, the right of freedom and equality, the right of honor and good name and the right property and acquired goods. His attitude was that the state should be organized according to law and that the law is equal for all, even for the rulers. He spoke about freedom and the right of people to express their opinions about Vuk`s spelling reforms and expressed his disagreement with it. [5]

After first printing of the original file, in which he used modern liberal thinking, Dr. Stejić digressed from the recently adopted Vuk's spelling. Dr Stejić accepted Vuk’s script, but he refused to take into the script church-slavic words and orthography that he used prevented the introduction of full use of Vuk's script until 1868. Due to this conflict Dr. Stejić left Serbia in 1832 and transferred to Zemun where he did his eight-year private medical practice. [6]

During 1833 he recommended compulsory practical internships to be introduced to young doctors. He returned to Serbia in 1840, after Prince Miloš was overthrown, when he was appointed head of the Civil Medical Services (in the Ministry of Internal Affairs). [6]  Then he launched an initiative to establish a hospital for the mentally ill people. He made the first regulations on the burial. In 1841. he became Chief Secretary of the State Council. After the overthrow of Prince Mihailo, provisional government dismissed him from the civil service in September 1842 but allowed him to remain in Belgrade as a private physician. [5]

In 1843 he returned to Serbia after the definitive expulsion of Prince Milos from Serbia. He  again becomes the Chief of civil ambulance for the second time and organizes the fight against syphilis. He ordered vaccination of children against smallpox and gave instructions on preventing the spread of dysentery. [7]

Among the first in Serbia he was a proponent of the idea of macrobiotic diet and life. He translated German language book "Makroviotika, the science of human life extension“. (Picture number 2.) By considering the idea of transfusions in the book, Jovan Stejić can be considered as a pioneer of transfusiology. The quote of Dr. Budimir Pavlovic, curator of the Medical Museum of Serbian Medical Society says something about it:

In the book of Mavroviotika Jovan Stejic considered what would happen if the blood of a young man was injected into the body of an old man. The book dates from 1856, the time when Europe was not even near the idea of transfusion, so we could talk about it as a forerunner of transfusiology, which by the way started to be used during the World War One. [5] 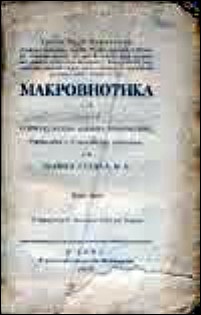 Stejić was a fan of Dositej, an advocate of enlightened humanism. He managed to acquire a considerable fortune, which is still reflected in the one story house in the center of Belgrade, in Makedonska Street, No. 21, (Picture number 3), which was built in 1845, and where he lived with family. The house has about 400 square, and today its interior is preserved. Stejić was a sworn scientist, educator, highly critical of religion, so he could not have guessed that his heirs would sell the house in 1930 to Belgrade Jesuits turning it into a monastery. Today, there are three Jesuits living in the monastery which is headed by senior (Orthodox abbot). In the courtyard of Stejić`s house the church was built, the parish church of St. Peter the Apostle. The church was hit by two bombs in German bombing in 1941, but its most important relic was not burned or damaged. [8] 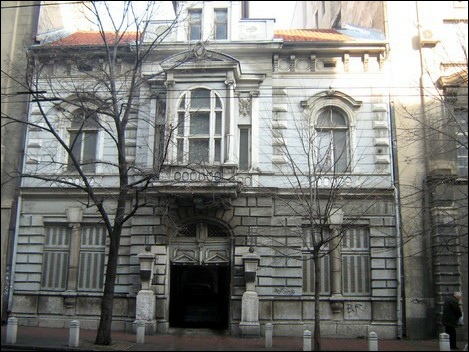 Picture 3. The front facade of the house of Jovan Stejić. Photo by Nenad Novak Stefanovic.

In addition to medicine, Dr. Stejić dealed with literature, and became a member of the German Enlightenment movement. He was one of the founders of the Society of Serbian Letters in 1842. From which in 1862 emerged the Serbian Learned Society, and later the Serbian Royal Academy and Serbian Academy of Science and Art. He was the secretary of the Society of Serbian Letters, and later an honorary vice president for a long time. During 1846, the Society has taken the initiative to introduce register and to save historical documents and monuments of Serbian history. [5]

He was the creator of the medical literature and medical terminology. He is the author of numerous articles and other writings from medical and health education. Given that the doctors at the time were the most educated intellectuals, in addition to medical messages that bore their literary work, and educational role for young generations stood out as well. He managed to bring  modern and progressive ideas to Serbia, modeled on the health of the country in which he studied. As his role model were Kant's ideas, he preached morality, modesty, diligence and sense of duty. He stated that the basis of all is education. Dr. Jovan Stejić is remembered as the founder of the medical profession in Serbia. In many respects he was the first, with his literary work he tried to draw attention to the basics of moral values and the clear and undisputed conscience and thus laid the foundation of medical ethics. [9]

Literary work of Dr. Jovan Stejić in the field of physical and spiritual hygiene may be seen through some of the titles:

- Europe, from the national vocabulary of Roteka and Welker (1849)

- Criticism of Vuk’s translation of the New Testament (1850),

- Fun for the mind and heart.

- Makroviotika or science of extending the life of mankind (1826).

He often collaborated in the "Gazette" of Society of Serbian Letters and was its editor in one period of time. He also worked in newspapers Dnevnik and the Serbian National Journal. Published work standing out:

- "Drunkenness", (1827) scenic approach to the causes and consequences, as well as ways of treating alcoholics. Published in the Yearbook of “Matica Srpska”.

- "Fun for the mind and heart" are collections of articles with health lessons in five books (Vienna 1828, Budim 1831, Zemun 1834, Budim 1836 and Novi Sad 1839). The third book are translated texts from other authors under the name of Wise words from various writters. The fourth book Views of mental Science is written for general public.

- "Makrovitika the science of extending the human life", in two books was printed in Vienna 1826 and is his most valuable work. It represents the Serbian translation of textbooks, encyclopedic guide from German clinician Johan Peter Huferland. It was the place where in Serbian language for the first time were mentioned "hygiene of sexual relations" and the idea of ​​a blood transfusion. The book was dedicated to his benefactor Sava Tekelija.

- "Serbian orthography", (1852) in which he expressed his opinion regarding the necessity of accepting the new terms and expressions in different areas of science.

- Criticism of the Vuk`s translation of the New Testament

- "Proposal for Serbian language and Serbian grammar", (1853) which he published as vice president of the Society of Serbian Letters and which is a continuation of the controversy regarding the reform of Vuk`s spelling dating from 1832. [7] 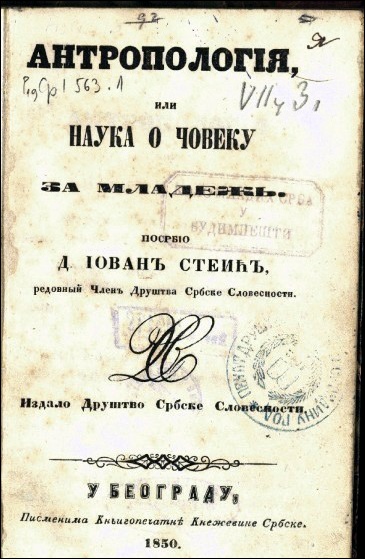 Picture 4. The front page of the book of Anthropology

Until today his marital status remained unknown, but we do know that he had a family and his son was Pavle Stejić (1848-1908), famous Belgrade surgeon. He died in Belgrade on 21 November 1853 of tuberculosis, and burried at the former cemetery near the Church of St.Mark. [5]

Dr Jovan Stejić was a significant figure in Serbian cultural and medical history. He is considered as the most prominent intellectual in the formation of culture, especially the medical history of our nation. He was a pioneer of preventive medical care on Serbian territory, one of the founders of the Civil Medical Services. He was a physician, author of numerous articles and other writings on literature, particularly medical and health educator, translator, political and cultural worker. The most important merit of Dr. Stejić is that he was the author of our medical literature and our medical terminology, and especially the founder of our civilian health services.